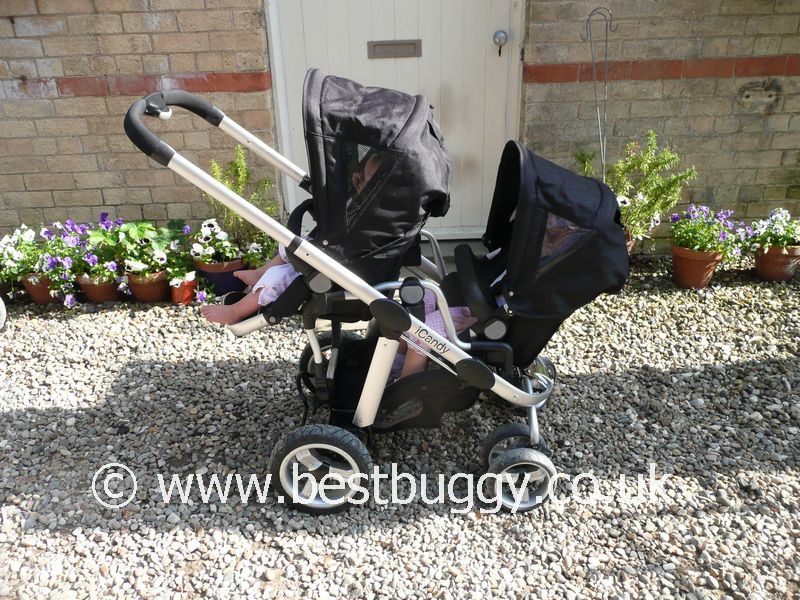 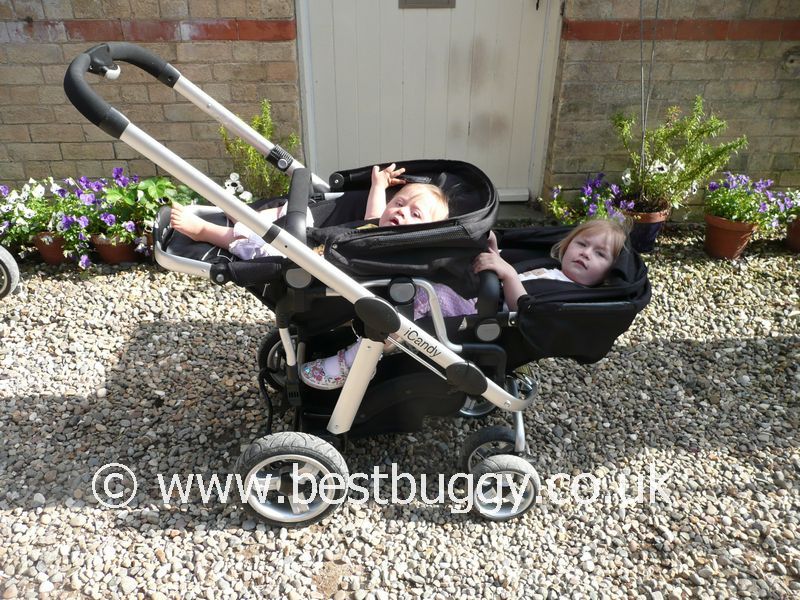 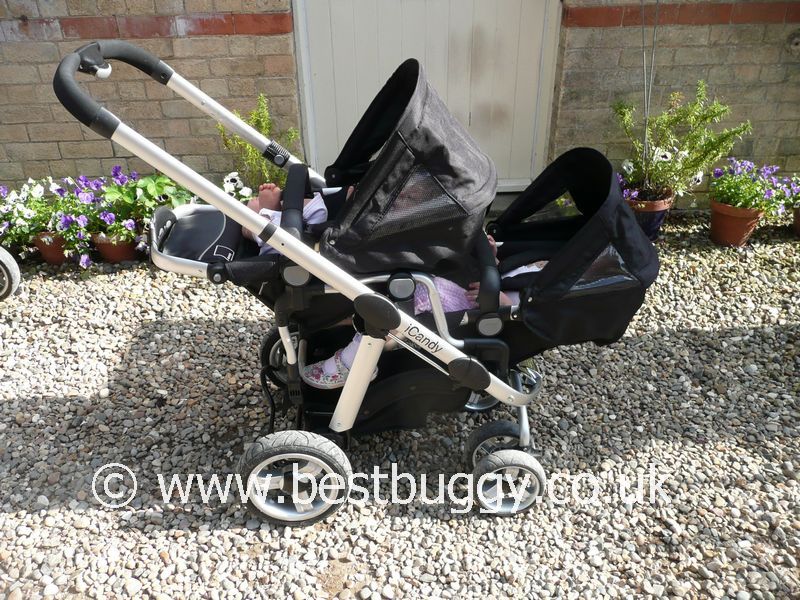 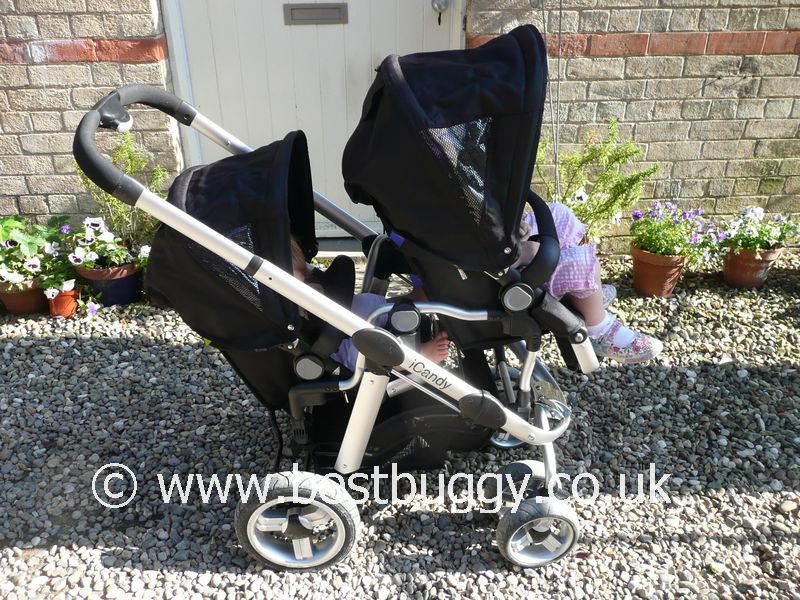 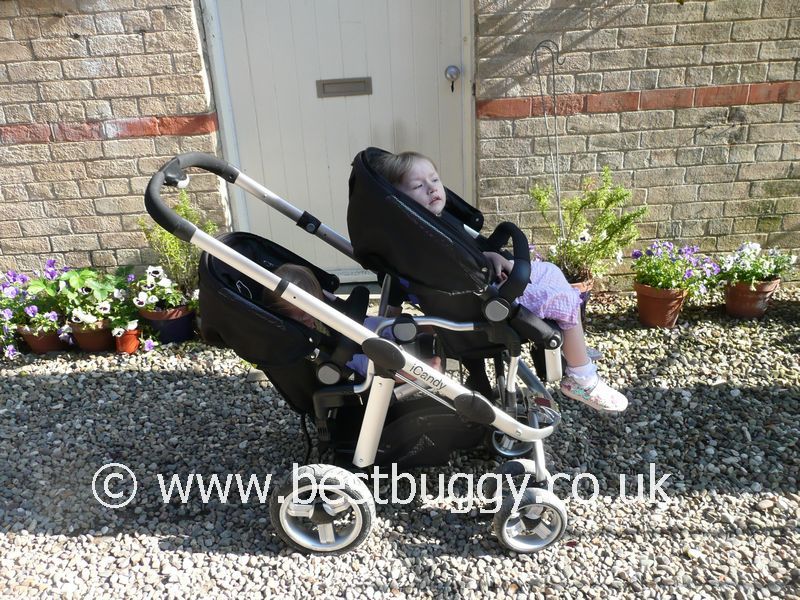 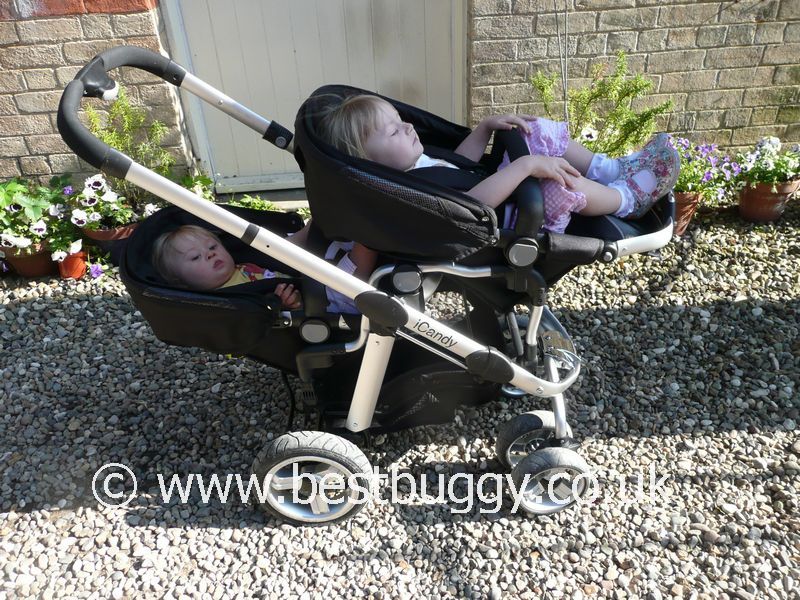 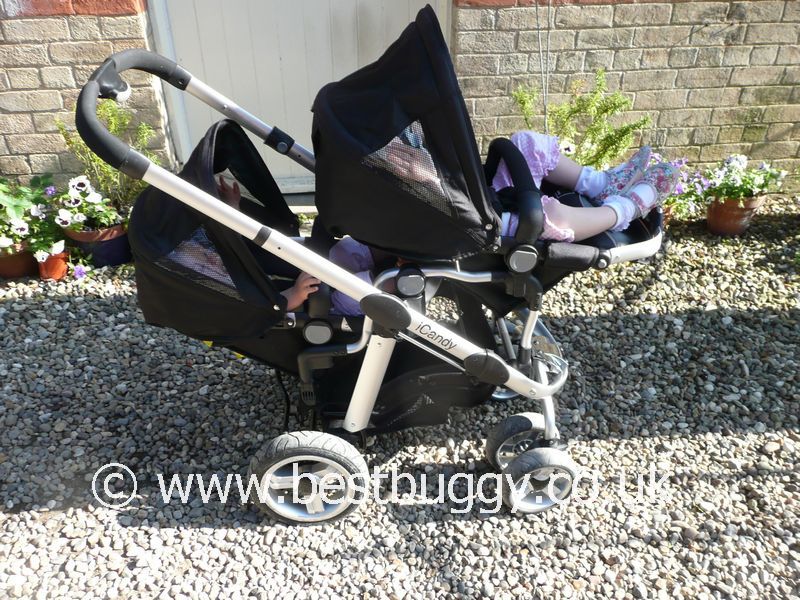 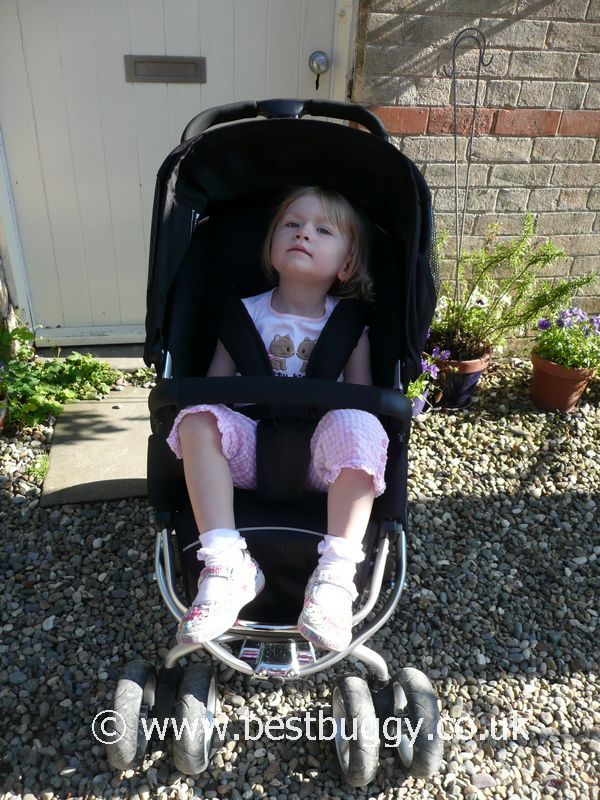 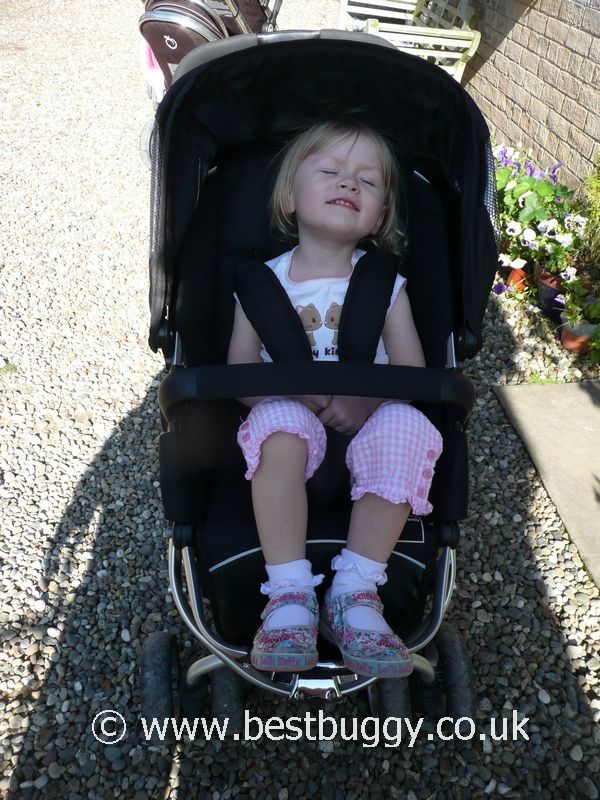 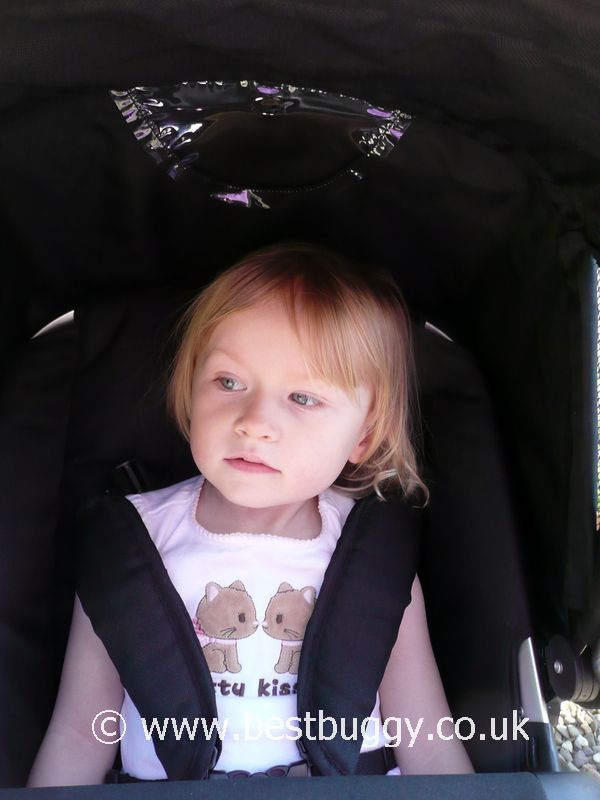 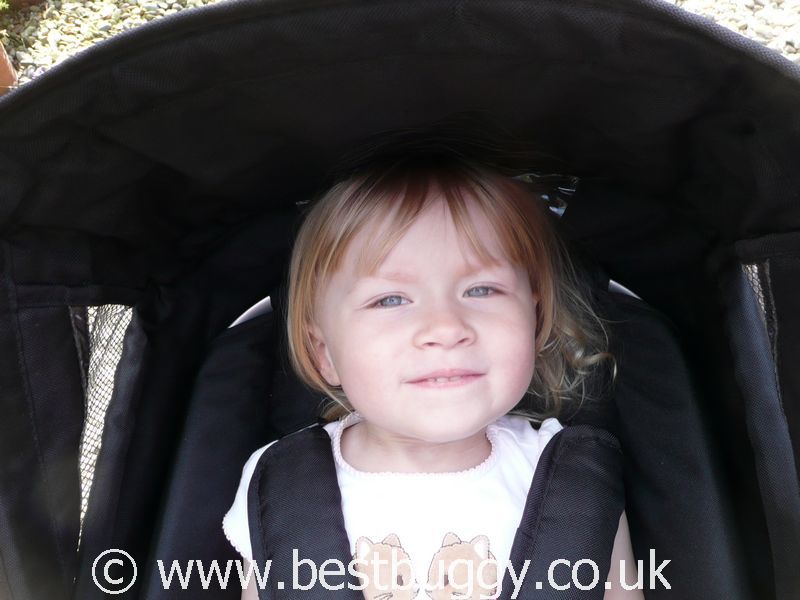 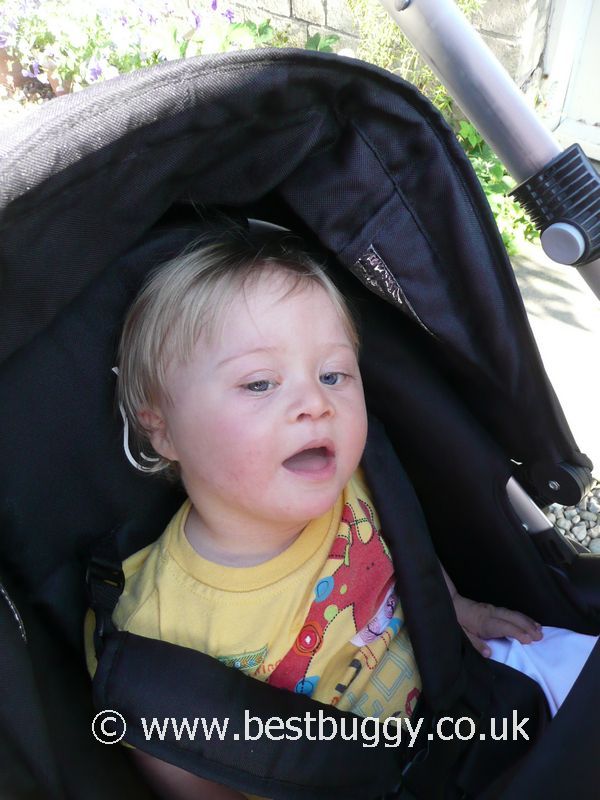 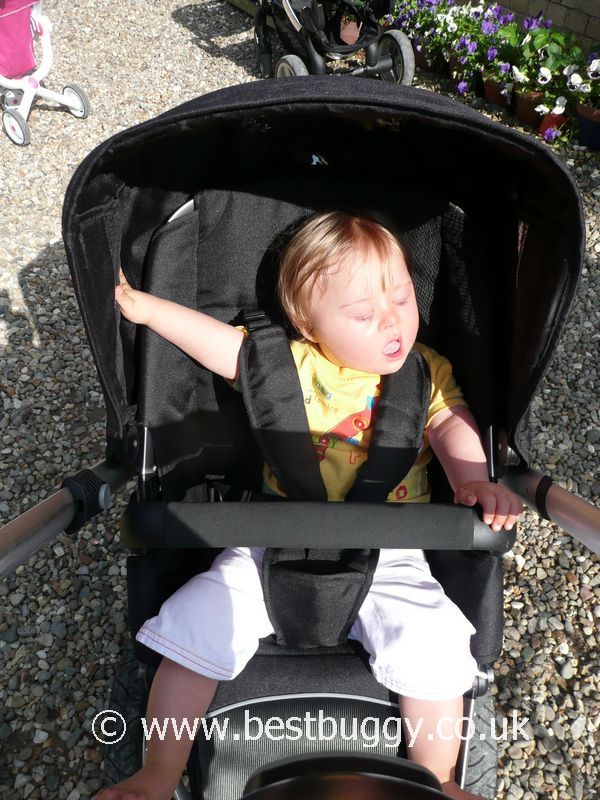 The children in the iCandy Pear are aged 2.9 years and 11 months old. Both are tall for their age (over the 90th centiles). As you can see the eldest is really too tall for the smaller yellow seat, and touches the inside of the hood. Although the blue seat is only a few cms taller, it does make a difference and gives her additional head room. However she, and her brother both sit very comfortably in the roomy seat units. The girl has a comfortable position on the foot rest.

It was exceedingly hard to rotate the baby back to sitting upright after these photos, and proved impossible for me to rotate the girl upright. Partly because of her weight in the seat, plus the need to push in two buttons at the same time as rotating the seat. She had to have her shoes removed and was pulled out! Obviously having a 2 year old reclined to flat was only done for illustration purposes, but it would be usual to lie a 11 month old flat for a nap.