Today has been the Teacher’s strike, so the children were at home all day. It was well timed as Little Miss BB had been hypo with her diabetes last night. However we could not pull her out of the hypo, and after an hour I was starting to panic slightly – especially given the car is broken. Although the car can be driven at low speed locally, the hospital is a 30 min run up the M1. Thankfully there are some very helpful parents of Type 1 Diabetes online who give near instant replies when you need them most, and they stepped in and helped loads. Their support is brilliant for making you think and keeping you calm.

Eventually Little Miss BB’s blood sugars pulled up, back into the realms of normal, but it was late and although I wanted to work, I was totally drained and so I had a shower and an early night.

So, Little Miss BB had a long lie in this morning. However, Master BB didn’t get the message that there was no nursery and he was up at the usual time. This did mean I got lots of little boy cuddles until his sister woke up and joined us in bed. 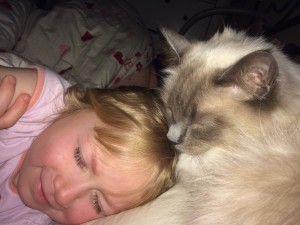 Today has been largely spent sorting out photos from Harrogate, sorting the children out, and talking to Little Miss BB’s diabetic nurse about making changes to her insulin pump. Little Miss BB ran low again this afternoon but after the excitement of swimming and now Rainbows, she is running high. Type 1 Diabetes is so difficult to control at times. It’s a mental drain wondering all the time what will happen next.

I have also had a shock because April starts next week! That means we have a huge run of 20 birthdays ahead of me including Mr BBs birthday and my sister’s 40th birthday! I had better get buying some presents!