Thankfully we did not have to make that impossible choice. We were presented with our 10lb 40z bundle of baby boy, nearly 4 years ago; still in blissful ignorance that we were about to be presented with a fait accompli.
Master BB has Down’s Syndrome. We could do nothing about it. He was our very, very much wanted son.
Believe me, at no point had we considered that he would have Down’s Syndrome. We certainly did not want him to have Down’s Syndrome. It was not in our plan for our son, our family, our life.
However, from the moment he was born, Master BB changed and enriched our lives….absolutely for the better. 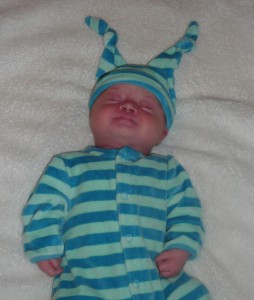 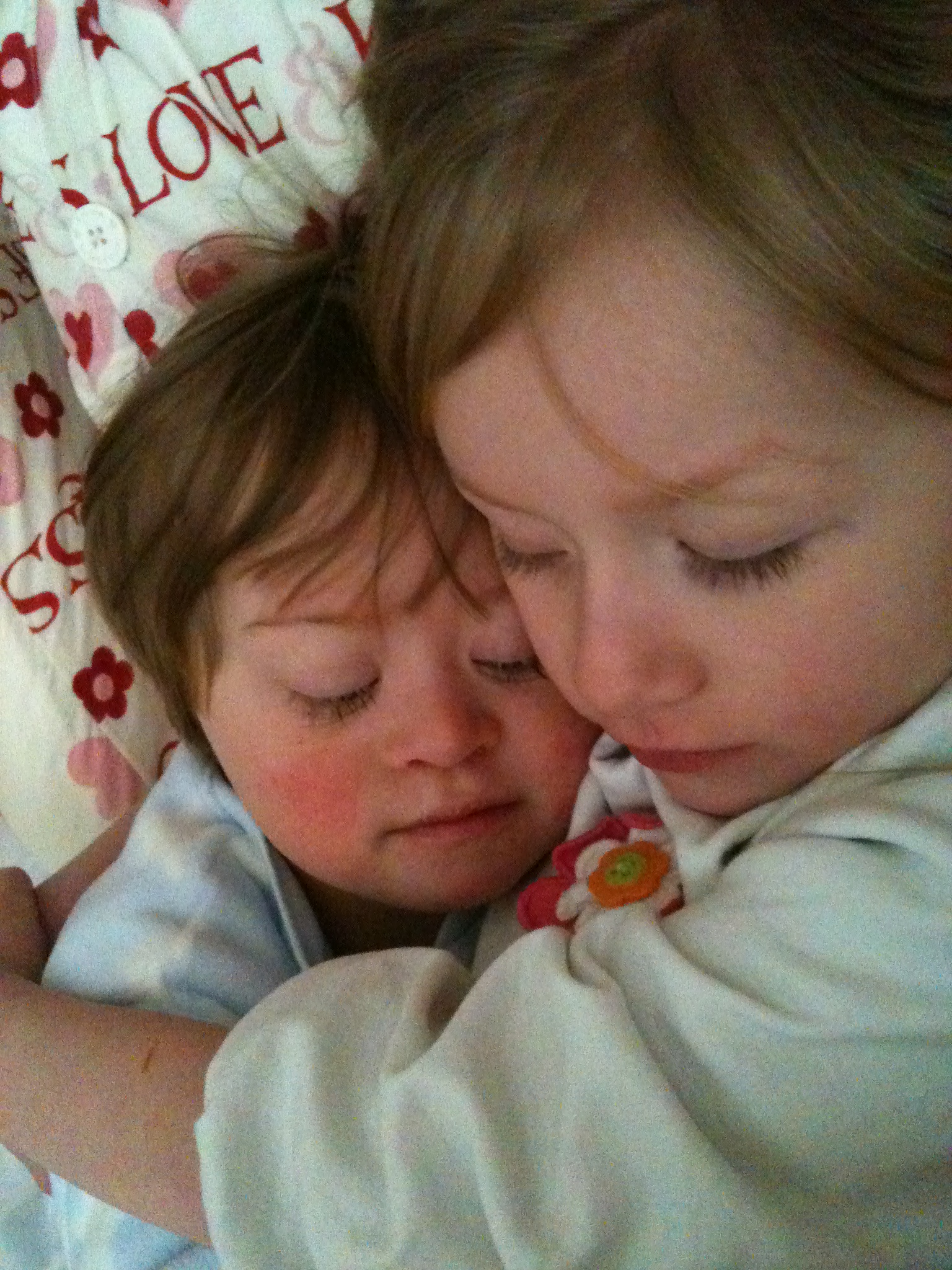 I don’t know how you start to tell a parent with a pre-natal diagnosis that having a child with Down’s Syndrome can be a truly lovely and enjoyable path to walk. Yes, it is at times a different path to a typical child; and it does come with different challenges. However, it is a path which has been SO much better than I could have ever thought.

Little Miss BB whizzed through every stage, sitting at 3 months, crawling at 6 months and walking at 9 months. Her babyhood was over pretty much before she was even 10 months old! In contrast Master BB is taking much longer to grow up than any of the other children I looked after. It is making his childhood last longer, and I am thoroughly enjoying and savouring my time with him. I am loving his slow, but steady progress. Each new achievement is so much sweeter, because it is usually well practiced, and thus well earned. 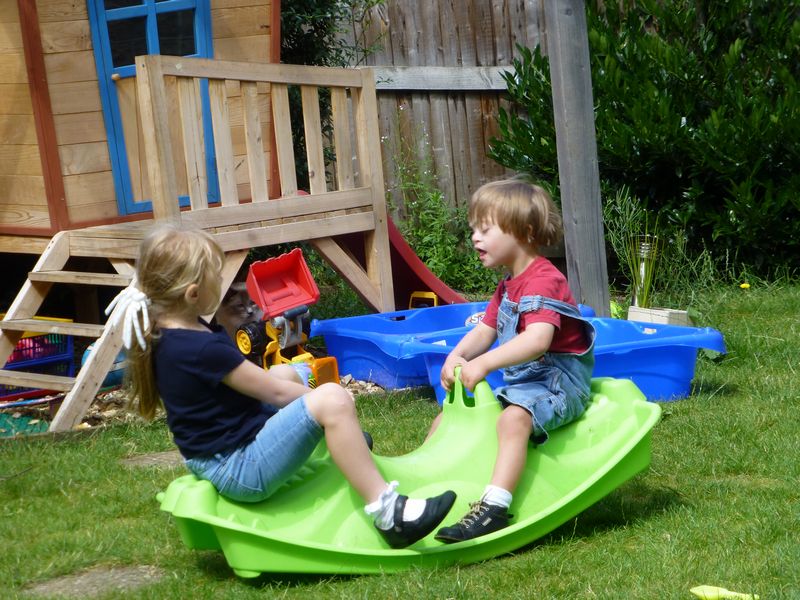 Today we went to two parties. The first was at a venue we have been to several times over the last six months. The first time we went to the venue, Master BB was very much still a baby. He clung to me and we sat there for 2 hours and he would not move off my knee. Today he was one of ‘the gang’. He was playing alongside with the others, he sat and did Pass the Parcel with the other children, and he sat beautifully at the table on a normal chair, eating his birthday tea. HUGE progress!
At the second party – a soft play party – I turned away for a split second, and before I knew it Master BB had scaled to the top of the soft play frame, and was disappearing off into the distance. My heart was in my mouth because although Master BB understands about turning round to go down stairs at home; in a strange or new situation, he has been known to forget and to walk straight off a step. However, there was little I could do, except try to see through the netting where his checked shirt was heading for next. At one point he reached the uppermost pinnacle of the soft play. He spotted us and waved. However he did not move. He stayed there for a long time. He looked sad, and put his hand through the netting as if to say ‘get me’. I realised that he did not know how to get down. He knew we were underneath him, but he couldn’t work out that he had to go back the way he came to get back to us. At that point all his little nursery friends, and his fabulous big sister realised he needed help, and they all scrambled to the top of the soft play, and persuaded Master BB to follow them out. A lovely moment.

What has amazed me about having Master BB, is how much his friends love him. They seem to genuinely want Master BB to play with them. I love the way they talk to him, and include him. Master BB has had more party invitations this year, than Little Miss BB! He really is popular. I feel sad in a way that Master BB will not move up into Reception with this amazing set of supportive friends, and their equally supportive parents. However, I am sure he will charm the new nursery intake, and hopefully will make new good friends.

We have a precious gift of an extra year before he starts school, and I want to enjoy every minute of it with him. I want to have fun. I want to hear laughter and giggles. I want more of his precious hugs and sloppy kisses. I want to know that the dirt on his knees is because we had a great time playing outside. 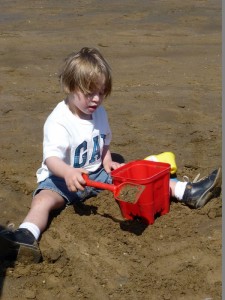 Four years ago, I wish I could have grasped that Down’s Syndrome is only a label. Master BB is a little boy. A little boy who is growing up a bit slower than his sister ever did. However, he is a little boy. A little boy who likes playing ball; likes dressing up cooking in his toy kitchen; ‘singing’ songs; drawing; building sandcastles and doing most of the things that any other four year old likes to do.
He just happens to have an extra chromosome which makes him extra special. 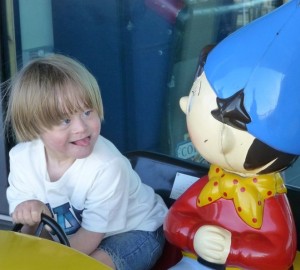