Home » Best Buggy Blog » Dear Girl Guides, All our daughter wants for Christmas, is to be included….

Dear Girl Guides, All our daughter wants for Christmas, is to be included….

“What do girls and young women want for Christmas this year?”

The answer to this, Girlguiding, is very simple.

All our 6 year old daughter wants for Christmas is to be INCLUDED in your organisation, not EXCLUDED as she currently is…..

Our daughter has Type 1 Diabetes and Coeliac Disease.
She has an insulin pump attached to her 24/7. She has to eat gluten free food.
She is incredibly brave, stoical and helpful. 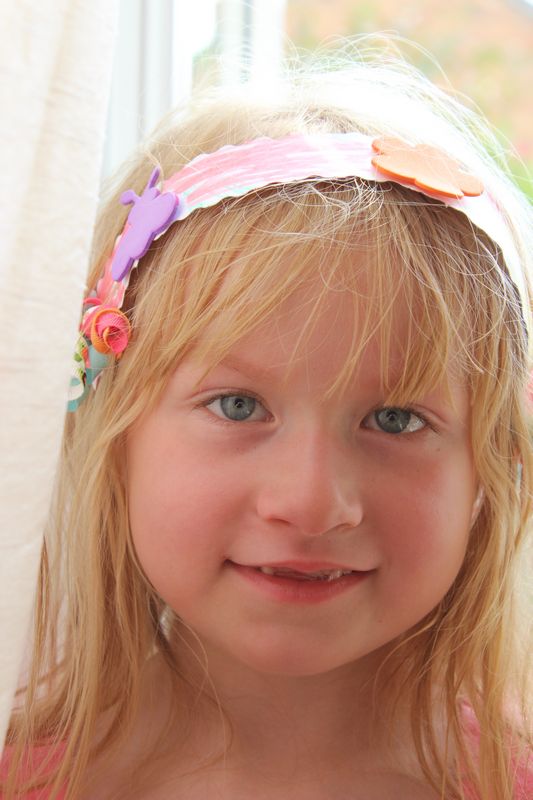 She is beautiful, bright, happy, loves ‘Frozen’, eating cup cakes and swimming……. and she used to enjoy attending her local Rainbows group meetings.

On October 1st 2014, she was given an invitation to a Rainbows sleepover taking place in January 2015.

She has looked forward to this invitation all year. She wanted to spend a night with her friends. More than that, she wanted to get the ultimate sign of being a ‘grown up Rainbow’ – her ‘sleepover’ badge.

We, as her parents, realised that this was not without challenges. However with planning, willingness, and with training from Little Miss BB’s diabetes team, and our full support, we were happy that she could go on this 23 hour event.
Little Miss BB is on an insulin pump and a Freestyle Libre, and she can do a lot of her own care. However, she is too young to take responsibility for her medication, thus a responsible adult is required to administer this.

However, the Rainbows unit leaders were not happy when we said that Little Miss BB wanted to attend the sleepover. Despite our offer of 14 different ways we could help the leaders (including being on-call just 13 minutes away – just 4 mins further away than the usual Rainbows meeting hall. There was no room for one of us to stay on site), their response was that Little Miss BB was a “horrific responsibility” and that they were “only volunteers” and thus did not have to look after her.

When we asked why Little Miss BB had been given the invitation if she wasn’t allowed to attend, we were told that we had been expected to decline the invitation.

Little Miss BB’s Rainbow Unit leaders were saying that she could not go on the sleepover because she has Type 1 Diabetes.

Little Miss BB is the third generation of our family to be a Girl Guide. I was a Brownie and a Guide, and I wanted my daughter to have the amazing experiences that I had. Little Miss BB’s name was put down for the local Rainbows unit soon after birth!

Girl Guides on their website says: “We build girls’ confidence and raise their aspirations. We give them the chance to discover their full potential…” Their groups are apparently “fully integrated to include girls with disabilities“. Girl Guides have a section on their website about supporting girls with additional needs which says: ‘Guiding is about actively involving everyone, including those with medical conditions, special needs and disabilities, ensuring that we are flexible enough to allow every member to take full part, and providing support to enable this to happen.’ Girl Guides even have a sample care plan online for children with Diabetes! We do know that children with disabilities have been included in Guiding events in the past including this Girl Guide, and another Girl Guide with complex medical needs, who went camping, was featured on Good Morning Britain, this morning.

More incredulously though, at the same time as we were being told that Type 1 Diabetes was a barrier to our daughter’s inclusion, Girl Guides from all around the country were finding out more about Type 1 Diabetes, and were creating squares which were made into a quilt. On 13th November, HRH the Countess of Wessex helped complete the quilt to help raise awareness and money towards finding a cure for Type 1 Diabetes. The very condition which was being used to exclude Little Miss BB from the sleepover!!! 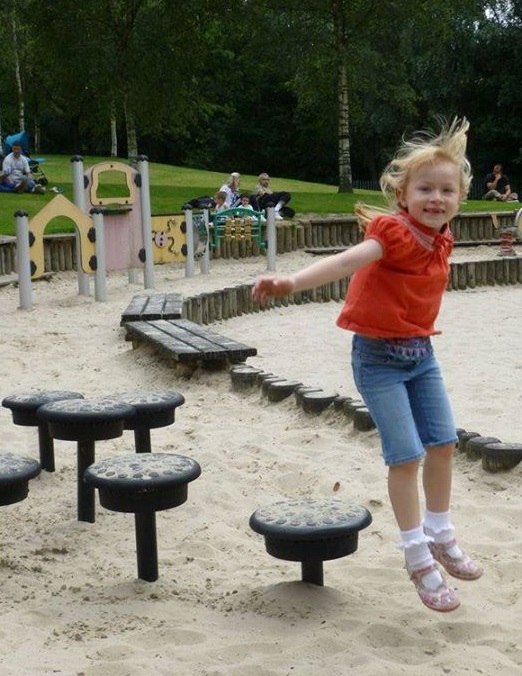 We submitted a complaint of disability discrimination to the Girl Guides. After investigation, our complaint was upheld on 24th November.
Various failures were identified in regards to the sleepover and also weekly meetings. There has been no anticipatory duty or risk assessments done.
However, Little Miss BB was still not allowed to go on the sleepover

The only option offered has been for Little Miss BB to attend the activities during the day time at the sleepover venue. However this puts her at a substantial disadvantage to her peers which is unacceptable under the Equality Act 2010. Her care is also greater during her waking hours, than at night time, which makes the decision illogical.

On November 25th, we submitted a “Formal Complaint of a Failure to Make a Reasonable Adjustment”.
We gave the Girl Guides two weeks to respond. At time of writing, we have had no response.

On December 10th, after having no response, we submitted a “Formal Complaint of Discrimination Arising from Disability”.
We were advised to give the Girl Guides one week to respond. At time of writing, we have had no response to this either.

On December 10th, it was the last Rainbows meeting before Christmas. Little Miss BB had not been for two weeks – the previous week she was in Lapland with “When You Wish Upon a Star” for being so brave with her Type 1 Diabetes. 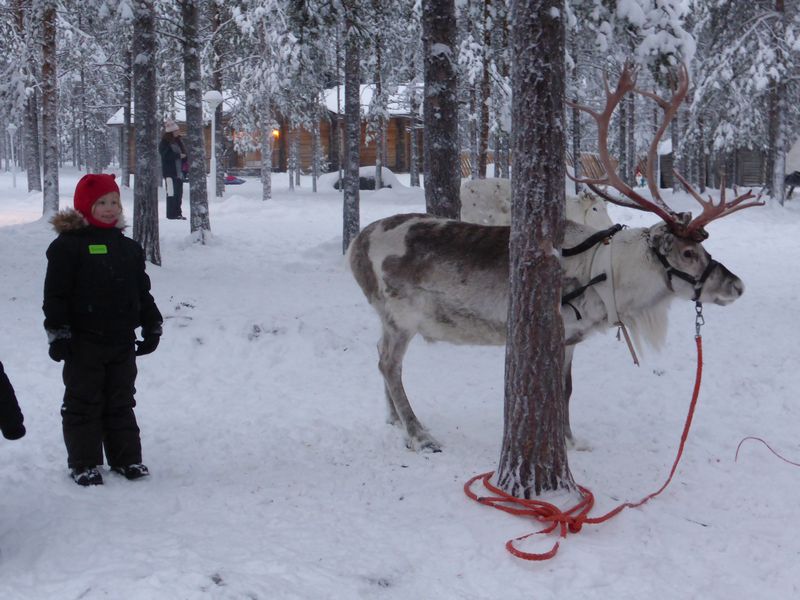 Due to the failures identified in the complaint investigation, we phoned Girl Guide Headquarters to ask them to help us ensure that Little Miss BB would be able to attend the meeting that evening (10th) as no one had called us to discuss her needs. We offered to stay on site to take responsibility for Little Miss BB, if procedures had not been put in place.

The phone call back from Girl Guide Headquarters said that the Rainbows meeting had been cancelled, because one leader was ill. Mr BB asked if someone else would be running the meeting. He was told no, because the other leader gets a lift with the first leader. So the event was off. Mr BB double checked, that this was not simply that no one was available to care for Little Miss BB. He was clearly told that no one would be attending Rainbows that evening, and that everyone was affected.

I was at hospital that afternoon with Master BB. I knew the two main leaders travel separately to the meeting. Something didn’t add up.
My route home took me past the Rainbows meeting hall. I pulled up and waited.

You can imagine how I felt.

One of the parents outside, confirmed that she had not been told that the meeting had been cancelled.
My daughter was the only Rainbow that the leaders definitely knew had planned to attend that evening.
If the meeting had been cancelled and reinstated, we should have been first on the list to call. No one called.
We believe that Little Miss BB was excluded on purpose.

It is now the end of the week. We phoned for an update. We were told we would have a response by the end of today.

We have heard nothing from them.

It is over ten weeks since our initial complaint was submitted.  The two subsequent formal complaints remain unanswered.

Girl Guide Headquarters, all we want for Christmas is for you to include our daughter fully and inclusively in her Rainbows Unit activities. Our daughter simply wants to go to the sleepover, and get her longed for ‘sleepover badge’ for her Rainbows apron. She wants to be a typical 6 year old Rainbow.
You claim to be an inclusive organisation who fully integrate girls with disabilities. You say you actively involve all those with medical conditions.
Yes, your leaders are all volunteers, but they are part of your association which has policies, legal obligations and responsibilities.

Why after ten weeks have we had no forward traction or updates on our complaints?

We also do not know why our daughter was excluded from the last meeting. However we hope that by January 7th 2015, you will have put things in place, to facilitate her attendance at the first Rainbows meeting in the New Year. 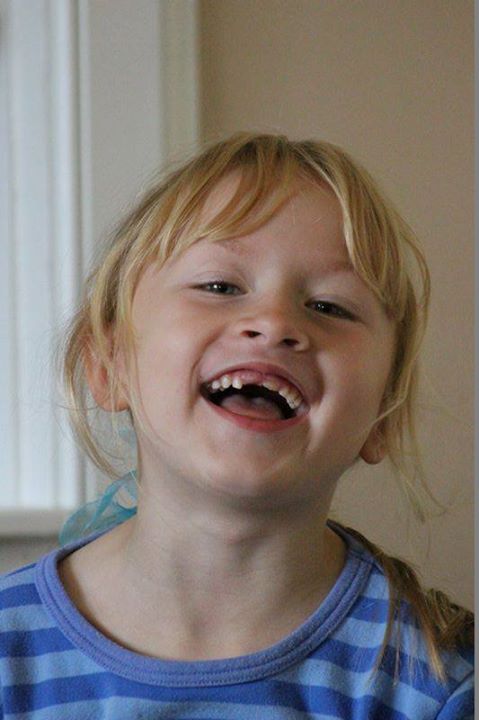